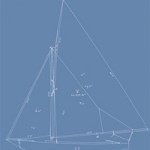 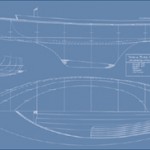 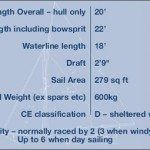 The first Yare & Bure One Design was built in 1908 and, despite approaching its Centenary year, the YBOD remains one of the finest keelboat classes in East Anglia. The history of the YBOD is very much linked to the designer and builder Ernest Wood

YBOD was the creation of Ernest Woods, one of the Broads’ most prolific designers of the early twentieth century. It resulted from a competition held by the Yare & Bure Sailing Club to establish a One Design Class.

Prior to that, all boats raced at the Club were of different designs and were raced on handicap. The aim of the One Design was to eradicate differences, other that the skill of the helm, and possibly to avoid arguments over handicaps.

Eight boats were built in 1908 and Ernest went on to build a total of 69 boats. On his death, his nephew Herbert became the Class builder, building his first boat, No 70, in 1963. Herbert built a total of 24 boats until the cost of building in wood became prohibitive.

A fiberglass mould was taken from one of the early Ernest-built boats and since YBOD No 94 they have all been fiberglass, rather than wood. However, if your pocket is deep enough, there is no reason why a wooden YBOD couldn’t be built today. Indeed, Ernest Woods’ original moulds are still owned by the Class.

In 2005 the Yare and Bure Class Committee decided that the time was right to commission its own mould and some of these ‘new’ boats are already on the water. They are proving to be of similar speed to the rest of the fleet, demonstrating the benefits of following the strict One Design.

To date over 137 YBODs have been built. Some have been lost, in boatyard fires for example, but many others are still sailing today, as successfully as the day they first went on the water.

The Class would like to thank Andrew Wolstenhome, Colin Facey and Jeff Green for their support with this project.